Legends, points of interest and tips for trips

Westbohemia is full of splendid locations, which are also an inspiration for many legends and stories. They are definitely worth reading or maybe even coming here to hear them. If you'd want to visit us here, alone or with your family, we can guarantee, that boredom won't be part of your experience.

THE LEGEND OF THE RESCUE BELL

Until 1914, there used to be a habit in Teplá,. In Winter (from Autumn till Easter) there would ring the bell on the tower of the city hall. It should have been helping the wanderers to find the road again, as it was really easy to get lost in the dark wood. In that time, the bell was often the last chance, the only hope to find the town before they would freeze to death.

One of those nights there was a rich man from Slavkov. The darkness and the fog were his only companion and because of it, he couldn't see the road properly and fell into the moors. Both, the coach driver and his horse had drowned. The rich man saved his life, but he had no idea, where he was, or where to go. He had wanderer in the dark, he was hurt and with almost no strenght left. Suddenly, he heard the bell, somewhere far far away. He followed the sound of the bell and eventuelly he found a little cottage, where he spent the night, which saved his life.

In the morning he found Teplá where he donated a small fortune as he was gratefull for the sound of the bell. He also gave the city a new silver bell, which should ring a whole hour in the winter. 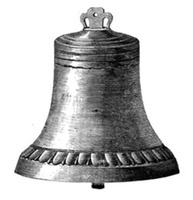 Let's take a look on beauty and monumentality of Tepla Monastery. This place has witnessed streams of history for almost one millennium.

The monastery was founed in 1193 by czech nobleman known by name Hroznata. The Abbey was confroted with hard time, wars and pillaging took its tool on it, but just as locals, even Abbey is sturdy and, fortunetelly for us, resistant. In the last century in the 50's the monastery was closed and used as barracks for the Czechoslovak People's Army for 28 years. In 90's the monastery was return back to the Premonstratensians.

There were many repairs and reconstrucitons made on the monastery, some of them are still in progress. The monastery is still open to the public though. You can visit the monastery garden, or get a tour and also visit some interesting exhibitions.

The jewel of the monastery is its unique library and other historical indoors.

Pleasant and funny form of tour around the monastery is also  "Educational road". It's enjoyable for both kids and adults. 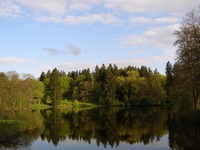 Podhora (translated as Underhill) is one of the most interesting places of the Tepla region and West Bohemia in general. The hight of Podhora hills is 847 m and it can be found on the way between Tepla and Marienbad. As far as we know, Podhora is an extinct volcano with two peaks - Velká Podhora (The Great Underhill), which is not accessible for visitors and Malá Podhora (A Small Underhill), where is possible to visit a viewpoint. The peaks are mostly formed of basalt (it's a dark burnt rock), where can be found a little treasure - yellow and green olivine, crystals of nepheline and many of other minerals. You can get on the viewpoint by using  the staircase and when you do that, after catching your breath, you are welcome to relax and enjoy the view on the beautiful landscape. 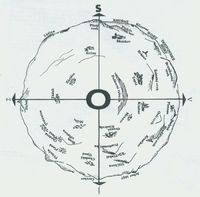 And now let me present you some fragments of our legends about Podhora - some might be more believable than the others, but that doesn't make them untrue... :-)

In the past, local people believed that Podhora is the highest point of Bohemia. They also believed that inside of the heart of the mountain lives a Spirit of the mountain, a mystic creature which holds control over the weather and it's revealing itself to the wanderers in many forms. There are many stories and legends to be told about Podhora and the former Podhora mill.

One of them is very tragic and not so distant from the present. It happened in the 40's of the last century in a place between two Podhora peaks called "sedlo" (saddle), where used to be a Hannakam Cafe. This place was very popular among the locals as well as among the turists and spa guests. The owner and his wife provided a very comforting and friendly atmosphere for everyone who made a trip to Podhora or just wanted to take a sip of good tea or coffee while relaxing in bewitching place in the middle of the forest. With the advent of WW2 the Cafe became a place of training for Nazi organization Zeppelin.

After the liberation even the American CIC searched for this Nazi organization and in 1945 they came to Podhora to get some information from the owners of Cafe. But instead they found a place of horror. The owner, his pregnant wife and servants were shot dead, most probably by hand of members of Zeppelin.

After WW2 the Cafe was crumbling down and in the end it was dismantled on building material. All that was left intouched were masonry foundations and basement. The Cafe is gone, replaced by transmitting mast, but nothing can ever take away that mysterious atmosphere that is flowing through this place.

And who knows? Maybe one day someone can restore the glory of Hannakam Cafe. We just have to wait for it...